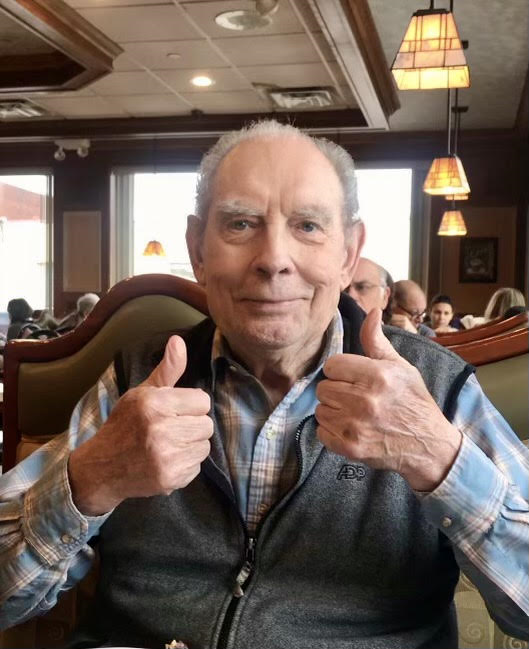 Michael Lydon (Mick) passed away peacefully on November 23, 2021 at Mary Ann Tully Hospice at the age of 87. He was born in Ballinrobe, Ireland, County Mayo on April 4, 1934, son of Peter and Annie Lydon. He is preceded in death by his sisters Maureen, Bridie, Rose and his only brother, Paddy and survived by Margaret and Ann. He is preceded in death by his loving wife, Delia.

Mick was a proud carpenter by trade and his hardworking hands built so many great things in New York and beyond.  He always loved to share stories of where he worked and who he worked with and met along the way. His hardworking hands also built a house in the Catskills where he loved spending time with Delia and his family. His craftmanship is also evident in his children’s homes ensuring they have a fine home to raise his grandchildren.

Mick’s true legacy was his family. His loving wife Delia preceded him in death in 1998. Together Mick and Delia raised Teresa, Michael, Maureen and Ann. Mick was blessed with 12 grandchildren:  Caroline, James, Kaitlyn, Breann, Brian, Jillian, Olivia, Liam, Emily, Karina, Colin and Sara. Pop Pop loved being surrounded by his grandkids and always had a $20 in his wallet or side drawer for them to go buy ice cream. He never complained, never asked for anything and would always give you a thumbs up when asked how he was doing, up until his very last day. His Irish brogue, positive outlook on life and funny sayings impressed everyone he met.  He loved his shot of Dewar’s and his Bud Light. So…Slainte, to a man completely adored by his family. He will be forever missed. We take comfort in knowing he is in the hands of God with his beloved wife, Delia. Rest in Peace Pops…until we meet again, with the help of God.

In lieu of flowers...go have a Guinness.

Share Your Memory of
Michael
Upload Your Memory View All Memories
Be the first to upload a memory!
Share A Memory