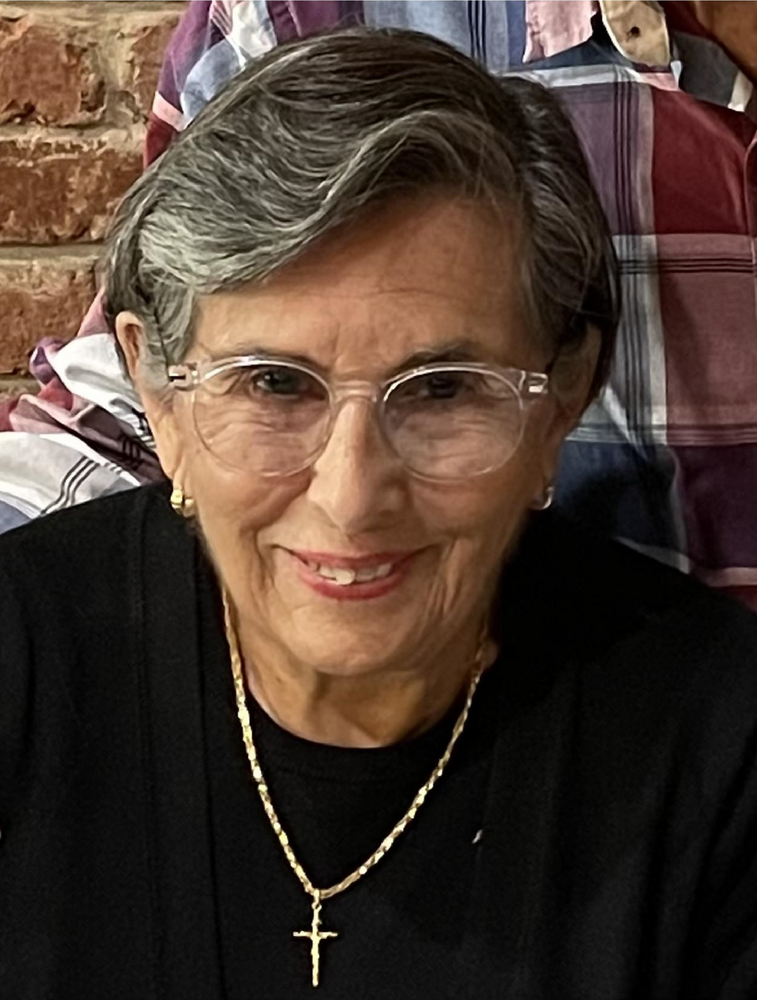 Please share a memory of Patricia to include in a keepsake book for family and friends.
View Tribute Book

In lieu of flowers donations may be made to:

Pat was a loving mother, grandmother, sister, devoted wife and a wonderful person. She was married to her husband, Tony, for 62 years. She worked as a Registered Nurse for more than 40 years. When her 2 boys (Frank and Bob) were young, she worked shifts opposite Tony so that someone would always be home with her boys. And for the first few years, they would go to “Ma Birch’s” boarding house in Wildwood Crest every year for a beach vacation. After a few years, the family vacations continued, but with a drive down to Florida every year to visit family that had moved there.  She taught us all by example how important family is.

After retiring and moving to Florida, Pat and Tony loved to have their children and grandchildren come to visit. They would spend hours every day at the pool and playing dominoes or cards at night. They even sometimes accompanied the grandkids on trips to Disney. Her sister-in-law Elaine and Elaine’s husband Ron soon moved near Pat and Tony in Florida and they enjoyed many dinners and activities together.

She enjoyed cooking for family and friends. She taught us how to make Baked Ziti, spaghetti and meatballs and Sausage pie. Making fresh pasta for Christmas Eve’s pasta and clam sauce has been a family tradition. Pat’s job was to lay out all the fresh pasta that Tony, Bob and Laura made with her daughter-in-law Debbie on the dining room table to allow it to dry. Then she would make Biscotti with her granddaughter, Laura for a special Christmas eve treat. Laura would leave “Grandma’s Biscotti” and some milk for Santa every year. It had to be Grandma’s biscotti. Pat would always make honey balls ahead of time for Christmas Eve – that was too messy to do in someone else’s kitchen!! Living so close to her son Frank and daughter-in-law Elaine, they shared many meals and summer barbecues together. Pat was thrilled when she got to cook for her granddaughter, Sarah, when a new job brought Sarah out to Mineola every week. Along with Tony and her son Frank, she attended mass every Sunday morning at St Aidan’s followed by breakfast together. And anyone who needed prayers could always count on Pat to include their intentions in her nightly praying of the Rosary.

Pat was an avid traveler. Along with her husband Tony, they saw all but 2 of the 50 states – even taking a helicopter ride in Hawaii! They toured all of Italy, from Sicily to the Dolomite mountains. They also travelled to Spain, Portugal, France and many Caribbean islands. Her last trip was in September to Alaska with Tony, her sister-in-law, Jeanette, Frank (her son), Elaine (her daughter-in-law) and her granddaughter Sarah. They also made a very special trip earlier this year to visit her new great granddaughter, Mia Rose, in Pittsburgh (daughter of her grandson Alex and granddaughter-in-law Courtney). Pat and Tony were absolutely thrilled and proud to have a great grandchild. Of course this made her grandson Matt and husband Charles a bit jealous because she wasn’t over the moon about her great grand-dog – a French Bulldog named Gus. Pat and Tony recently attended a milestone birthday for her sister, Kathy with Kathy’s children and grandchildren. They thoroughly enjoyed spending the day together.

Pat was also a very social person. She enjoyed attending several clubs in Mineola: The Project Independence Book Club, The Golden Age Club, and the Leisure Club. She also attended “Funday Mondays” in the summer and enjoyed going to Bar Beach to meet friends and sit under the pagoda chatting all day. She enjoyed volunteering for the Red Cross at Blood Drives – especially when going to High School blood drives. She loved interacting with the high school students who came to donate blood.

Although she lived to 85 her family and friends would all say that it was too short for such a wonderful wife, sister, mother, grandmother, great-grandmother and friend.

Share Your Memory of
Patricia
Upload Your Memory View All Memories
Be the first to upload a memory!
Share A Memory