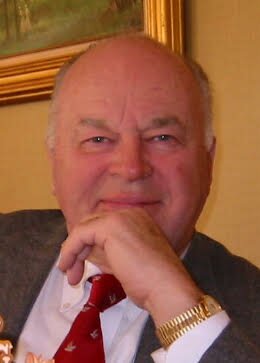 Please share a memory of Charles to include in a keepsake book for family and friends.
View Tribute Book

Vasoll, Charles “Chuck” E., Sr. Beloved husband (of 70 years) of Audrey P. Vasoll, beloved father of Linda and Charles, Jr., passed away suddenly on December 3, 2022 at the age of 92, at his home at The Harborside in Port Washington where the couple have resided for 12 years. During the years at The Harborside, Chuck produced the residents’ monthly newsletter, “The Overlook" and served on the Residents’ Council as well as multiple committees. Prior to their move to Port Washington, Chuck and Audrey lived in East Williston for 56 years, where Chuck served as Treasurer of the East Williston School District and was a member of the volunteer Fire Department. A graduate of Hofstra College, with a degree in accounting, he served in the Marine Corps followed by a career in banking. Chuck was a member of the Cherry Valley Club in Garden City, and although he played both golf and tennis at the club, his passion was for the outdoor winter sport of Platform Tennis. Chuck served as the President of the American Platform Tennis Association (APTA) and, in 2005, was inducted into that sport’s Hall of  Fame. Chuck was also a member of the Hempstead Harbour Club in Glen Cove. A longtime and active member of the Garden City Community Church. Visitation Wednesday at Weigand Bros Funeral Home 49 Hillside Ave., Williston Park, NY from 10:00am to 11:00am. Religious service 11:00am. Interment will follow at Pinelawn Memorial Park.