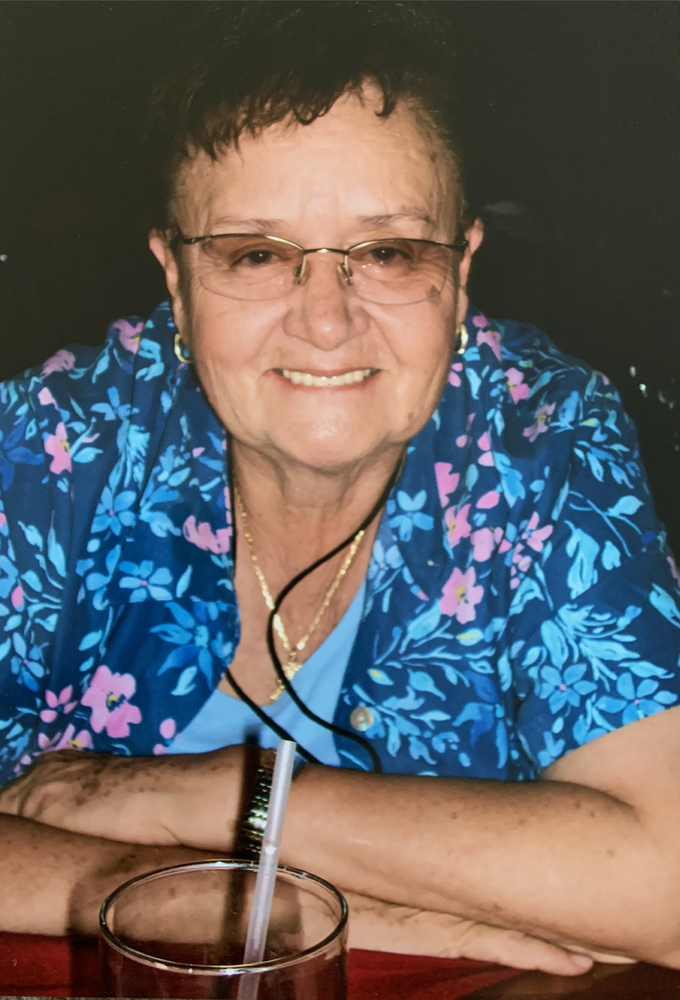 Please share a memory of Magali to include in a keepsake book for family and friends.
View Tribute Book

On Thursday, October 20, 2022 the Lord called his daughter Magali Agosto home to be by His side. Magali, known to most as Maggie, was born on November 25, 1935. She was 86 years old and only one month short of her 87th birthday at the time of her death.

She passed away while residing at Glengariff Rehabilitation and Healthcare Center in Glen Cove, NY, surrounded by her family, including her husband of 62 years, Joe. In addition to her husband, Maggie is survived by her two sons Joseph (Michele) & David (Donna) and her four grandchildren, Zachary David, Jason Andrew, Sarah Renee and Ryan David whom she loved dearly. To Maggie they were her ”Sunshine”, her “Muñeco”, her “Princess” and her ”Munchie.” To them, she was their “Welita.” She is also survived by many nieces and nephews who held a special place in her heart.

Born in Santurce, Puerto Rico, Maggie was a dedicated and accomplished student, receiving several academic awards upon graduating high school. While as an adult, living in Bayamon, PR, Maggie met the man who would become the love of her life while he was visiting his aunt who lived next door. At first she was reluctant to go on a date with the native New Yorker. But after being urged to go, they went out together and a romance blossomed. They married on January 16, 1960 and Maggie relocated to Williamsburg, Brooklyn, NY to live with her new husband.

After coming to New York City, Maggie began working for Associated Metals and Minerals Incorporated as a typist in the stenography pool. She was always a hard worker and devoted employee. After over 31 years with the firm, she finished her career with the company, by then known as ASOMA, having climbed up the company ladder, leaving as the Assistant Vice-President of Office Services.

Maggie was kind, loyal, generous and welcoming to any and all. She loved to travel and visited many places, including Europe several times with her husband. She also traveled a great deal taking David to BMX competitions all over the United States. Some moms are soccer moms, Maggie was a devoted BMX mom. She had many passions. The passion she had for her family, particularly her grandchildren, was rivaled only by the loyalty she had towards her beloved New York Yankees and Buffalo Bills. Quite the sports nuts, she also loved supporting the USA during the Olympics.

She loved to go shopping and visit the casino to play the slot machines. However, one of her favorite hobbies was sitting down on weekend mornings with a cup of coffee to check the winning lottery numbers, hoping to become a millionaire. Although she never hit the big one she was never bitter. She’d just smile and try again another day.

Maggie will always be remembered as a loving wife, mother, mother-in-law, grandmother, aunt and friend. Though the light in her family’s lives has dimmed, they are comforted in their belief that Maggie has returned to the loving arms of God.

The Catholic Mass of Christian Burial will be celebrated on Friday, October 28th. at:

The Church of Saint Aidan

Maggie's remains will be cremated so there will not be an interment ceremony after the mass commending her soul to Heaven.

Share Your Memory of
Magali
Upload Your Memory View All Memories
Be the first to upload a memory!
Share A Memory