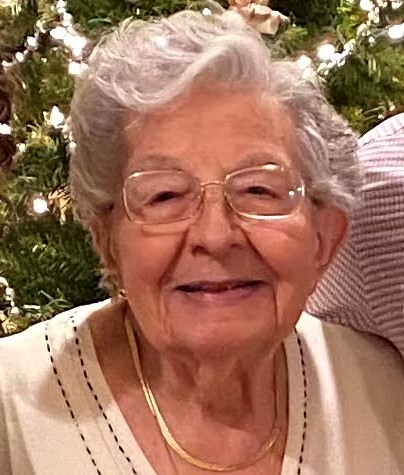 Please share a memory of Yolanda to include in a keepsake book for family and friends.
View Tribute Book

Yolanda Jacobson passed away with her family surrounding her on Thursday, August 4, 2022 at the age of 97. She was born on July 14, 1925 in Pentone, Calabria, Italy to the late Cesare Rubino and Rosina Rubino (Sposato). She arrived to the United States at age 4 and remained their only child. She grew up in Lower Manhattan where she provided for her family by performing classical piano weekly on radio stations. To further develop her musical abilities, her father connected Yolanda to the acclaimed one-handed classical pianist, Paul Wittgenstein. He remained her piano teacher until his death, making her a 4th generation musical descendant of Beethoven. Wittgenstein set up a one-year study for Yolanda at the Vienna Conservatory of Music. Yolanda was a private piano instructor first in Manhattan and later in Bayside, Queens in her own home studio. She would host annual concerts for her many pupils at home or concert venues, such as Cami Hall and Steinway Hall. She married Julius Jacobson on November 12, 1950 and together they raised three children: Julius, Richard, and Rosa-Lee (deceased). She loved spending time with her family including Richard and his wife, Lorraine, and their two children, Lauren and Andrew. She will be dearly missed and is now resting in peace.

Share Your Memory of
Yolanda
Upload Your Memory View All Memories
Be the first to upload a memory!
Share A Memory