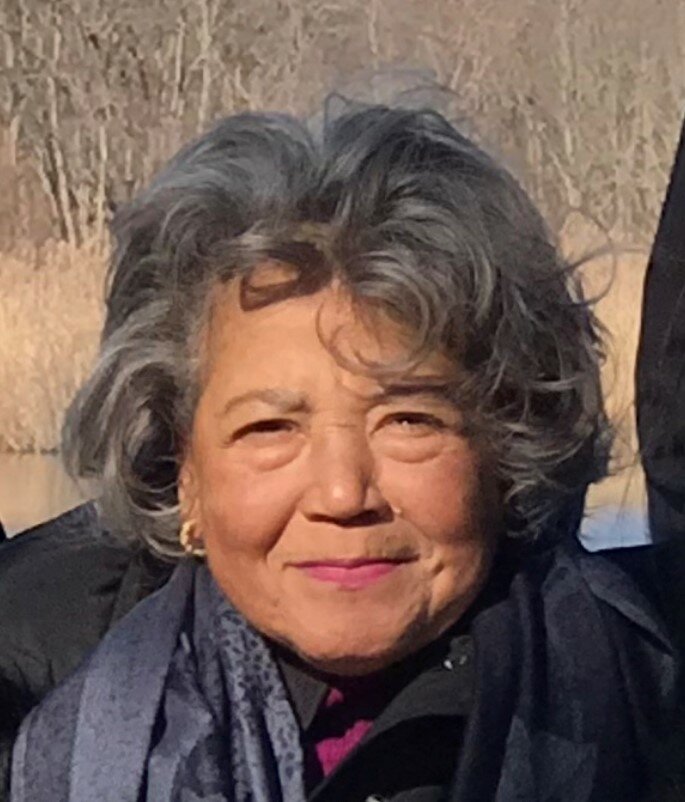 Please share a memory of Maria to include in a keepsake book for family and friends.
View Tribute Book

Maria V. Medina, devoted wife, mother, grandmother and great grandmother, was born in Mayaguez, Puerto Rico, on October 17, 1949. With husband Angel L. Medina Soler, she moved to New York, both in search of the American Dream. After several months of declining health, Maria passed away on June 18, 2022, at the age of 72. Maria is survived by her three daughters, Maria Medina-Perez, Frances Medina (Quinones), Margarita Medina; five grandchildren, Nicholas, Bryan, Zachary, Melody and Ezekiel; great grandson, Nico Giuseppe Perez; sisters, Evelyn and Carmen; and brother Isain, as well as many nieces and nephews. Maria loved spending time with her grandchildren and great grandchild, tending to her garden, meeting new friends, and socializing with brothers and sisters in faith. Maria Medina was loved by all who were fortunate to cross her path. Her brothers and sisters at Delmonico, Linden, Roosevelt, and Interboro Kingdom Halls, meant the world to her and filled her life with meaning, joy, and companionship. Maria’s friends at Delmonico in Brooklyn were the first to share her baptism milestone in 1989, as a Jehovah’s Witness. In in 2004, she met a new family in the Linden Congregation. making lasting friendships and touching the lives of those she knew. Upon moving to Long Island during COVID, she was embraced by the brothers in Roosevelt. Maria served the true God, Jehovah, who was first in her life. She lived every day according to the Bible’s teachings and had an unshakeable faith in the Bible’s message of the resurrection, as promised in John 5:28, 29: “Do not be amazed at this, for the hour is coming in which all those in the memorial tombs will hear His voice and come out.” We look forward to seeing her again and have an abundance of fond memories to carry us through until that appointed day. She will be missed dearly by all those whose lives she has touched.

Share Your Memory of
Maria
Upload Your Memory View All Memories
Be the first to upload a memory!
Share A Memory