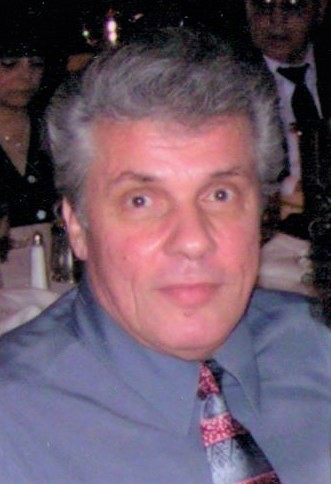 Get Directions
Thursday
12
May

Get Directions
Friday
13
May

Get Directions
Friday
13
May

Please share a memory of Matthew to include in a keepsake book for family and friends.
View Tribute Book

Matthew (Matty) Classi Sr., 78, passed away at his home on May 6th, 2022, with his loving wife, Millie at his side. Matty battled cancer with great courage for over two years, but ultimately succumbed to its complications. Matty was born in September 19, 1943 and was the second child of Mary and Charles Classi. He is survived by his sister Roseanne Pergolis.  Matty married Millie Bisconti, the love of his life and wife for 58 years on April 4th 1964 and resided at that time in Ozone Park, New York. In 1977, Matty and Millie, along with their son Matthew Jr. and daughter Deborah Lynn, moved to Seaford, Long Island, where they raised their family and resided for the next 42 years until they moved to Elwood, New York in 2018. Matty spent 30 years employed as an engineer for the Long Island Rail Road and will be remembered as a dedicated husband, loving father and friend to many. Matty’s kindness and gentle nature was immediately recognized by all those who met him and his affable personality will never be forgotten. Matty had a love for cars, billiards, doo-wop music, model trains and above all, family. Matty is survived by his sister and brother in law, Rosanne and Richard Pergolis, his wife Millie, daughter Deborah, son in law, Keith Lewis, and grandson Greyson as well as son Matthew Jr, daughter in law Angela and grandchildren Matthew and Mary Grace.  A good man to never be forgotten!

In lieu of flowers, donations may be made to:

Share Your Memory of
Matthew
Upload Your Memory View All Memories
Be the first to upload a memory!
Share A Memory