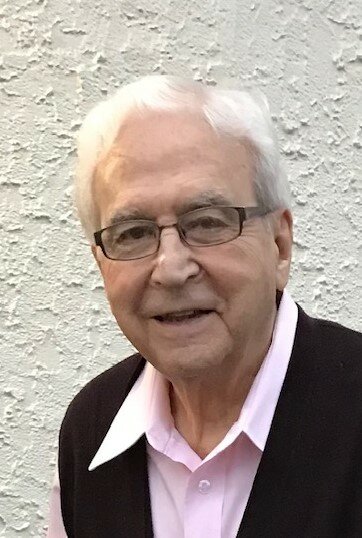 Please share a memory of Anthony to include in a keepsake book for family and friends.
View Tribute Book

Anthony Thomas DeFranco, age 93, passed away peacefully at his home in Old Westbury on Thursday, February 24, 2022. Anthony was born in Manhattan on December 31,1928 to Theresa and Dominic DeFranco. He was the younger brother to Serafino and Florence. Anthony is survived by his wife of 24 years, Sharon as well as his sons, Stephen and Douglas of Mineola. He is also survived by his stepson Bruce Belverd of North Carolina and predeceased by his stepson Kevin Belverd. He is also survived by many more loving stepchildren and grandchildren.

Anthony lived a long life devoted to the service of his Lord and Savior, Jesus Christ. After graduating from Atlantic Union College in 1951, he went on to earn a Master’s degree in Religion at the Seventh Day Adventist Theological Seminary in Washington DC in 1953. He started his career in education teaching first grade at the Cynthia Warner School in Takoma Park, MD. He went on to impact the lives of countless students as a teacher and principal at the Hempstead SDA School and Greater New York Academy.

Anthony was ordained a Seventh Day Adventist minister in 1963. He was the Head Elder at the Old Westbury Seventh Day Adventist Church for many years. He spent decades teaching Sabbath School and sharing his knowledge of the Bible and the impact Jesus had on his life. Anthony loved praising his Lord by singing. He was part of the Old Westbury Singers and many choirs throughout the years.

Anthony became a business owner when he acquired the Williston Park International House of Pancakes (IHOP) in 1969. His generous spirit was never more evident than how he cared for his employees and his loyal customers. Anthony went out of his way to better the lives of everyone who entered the restaurant.

Anthony was a devoted New York sports fan. His love for the Yankees was unrivaled. He spent 80+ years cheering on the Bronx Bombers from Joe DiMaggio through Derek Jeter and Aaron Judge. He could often be heard saying “Sharon, check the score!” at dinner.

Anthony was a blessing to all who knew him. His constant encouragement inspired many to have a closer walk with the Lord and to be a beacon of light in a dark world. His precious memory will be forever in their hearts.

Share Your Memory of
Anthony
Upload Your Memory View All Memories
Be the first to upload a memory!
Share A Memory