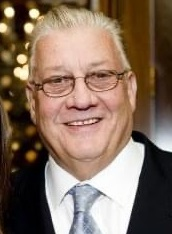 SERVICES ARE PRIVATE FOR FAMILY

Robert was born in Brooklyn to Louis and Margaret Armento on February, 29, 1944.  He went to high school at Mineola High School and then served four years in the United States Air Force. He worked as a manager for American Airlines and Air Jamaica throughout his 40+ year career.

Robert loved to go fishing in his spare time, but most of all, loved being with his family.  He especially adored his grandchildren and retired as soon as they were born so he could spend as much time as possible with them.

Predeceased by his parents, Louis and Margaret Armento.

Memorial donations may be made to

Share Your Memory of
Robert
Upload Your Memory View All Memories
Be the first to upload a memory!
Share A Memory